Yes, still talking about clothes, because when you change your…style, and your old wardrobe doesn’t work anymore, you have a dilemma.

I have some things that fit my new style and presentation, but not a lot. When you buy clothes that you are only going to wear occasionally, as I did in the past when I bought women’s clothes, you tend to go for what catches your eye, rather than what might be, you know, wearable. So when I get dressed to go somewhere now, I look in my closet, and I’m like, “Well, I’m not going to wear that, or that, or that…”

So I’m buying some things, but shopping for everyday stuff is just different. And what is my style, anyway? Turns out it’s sort of hippie bohemian crunchy patchouli kind of stuff. I am a child of the 60s, after all. I suppose our taste is formed when we’re young. And I’m old, so I can’t go to Walgreens in a PVC miniskirt. Well, I suppose I could, but I’d rather not.

And to add insult to injury, I’m trying to fit a square peg into a round hole with a lot of these things. I’m like a straight line. My bust, waist, and hips are all pretty much the same. Like one of those air monster things that flap around in front of the tire store.

Which means nothing really fits, so I wind up with floppy kind of shapeless things that don’t make anyone happy. I suppose this is a common problem for gals like me, but that doesn’t make it any easier. And I’m not exactly rich, so I can’t afford to buy a million things and keep the three that work.

And China – let me just say that there are about 8,000 websites out there with really cool looking clothes and I see them and get excited, “Oh, this is right up my alley!” then I order a few things and the follow-up email says, “Oh, by the way, they’re coming from China,” which doesn’t have to be a bad thing, I guess, but it always turns out to be bad.

Because the sizing…well, I got a bag full of stuff from China today, some really cool pants, and maybe one top that is semi-wearable, but the rest are like the size of Barbie clothes. But the semi-wearable top and the Barbie tops are the same size. I mean, they’re wildly different sizes in reality, but the tags all say the same size.

And I’m not too bright, so this isn’t the first time that’s happened. But it’s the last. No more clothes from China! No offense, Chinese folks, but no thanks. Your $18 shirts are just expensive kitchen rags. Love your food, but your clothes are for the birds.

So I went online to order some clothes from U.S. companies (probably still made in China, but at least they’ll get the sizes right), and the prices are 3 or 4 times more than the Chinese bargains. But again, it’s not really a bargain if you can’t wear it.

And thanks to COVID, buying online is the only real option these days, so who knows if these things from the American stores will fit either. At least I can send them back if they don’t (the Chinese are not so enthusiastic about returns). But that just makes everything take weeks, and meanwhile, I’m wearing the same four things, just rotating them in and out every day.

I don’t know why I’m complaining. It could be a lot worse. I could be really broke and not have any way to buy the five things I need to cover my beard shadow. Or to buy the same three pairs of pants three times to get the size right. So really, I am grateful. It’s just a lot of money to spend in a short period of time.

When I decided, “Okay, that’s it, I’m out, and I’m leaving the boy things behind,” I didn’t really do the math and think about what that meant. I mean, I thought about what it meant in the more philosophical and emotional ways, but not about the day to day things I was going to need. Like $5 sponges, fer chrissake, and the $20 stuff that you put on your face and then cover with $25 stuff, which you then cover with even more stuff. My face is very expensive, baby.

And the clothes. Yeah. Every time I’m scrolling through a thousand tops somewhere, and I see something that catches my eye and think, “Oh, yeah, there it is!” I look at the price, and it’s like $189. I don’t think there’s anything in my old wardrobe that cost more than $50. Maybe a couple of coats and a few pairs of Dr. Martens. But $189 for a shirt? That’d have to be a magic shirt.

And speaking of Dr. Martens… 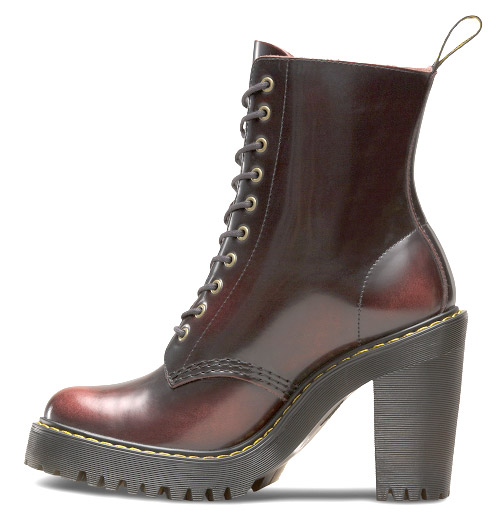